I said “sons you are the future, so let this be a lesson”
There may come a day you have to fight off their aggression
Cause fear and hatred won today, the darkness ate the light
But both you look in my eyes, “it’ll be all right”

In every step you take,
I’m with you all the way,
Cause I would die for you
And do what’s right for you
In hopes that when I’m gone
You’ll carry on these words I wrote for you

Til then…
I’ll sing

Stand your ground
Don’t let the bastards grind you down
Be bold, be strange
Don’t let their fears make you afraid
There’s hope, they’ll change

Today I looked out to the world, thought “what a bloody mess!”
They stripped our morals from us, put ‘em under house arrest
“Liberty” and “country” are the words they need to speak
A little “god” a little “freedom”, if we don’t agree we’re weak

And every politician stood there idle and so smug
Empowering the racists and 2nd Amendment thugs
Wall St and the billionaires, thinking they’re so smart
Saying “vote with your wallets, instead of with your hearts!”

But we wont go away!
You won’t forget our name!
The p***y generation, the PC and the brave
The protesters that slink along the streets of misery

And so…
I’ll sing

Stand your ground
Don’t let the bastards grind you down
Be bold, be strange
Don’t let their fears make you afraid
There’s hope, they’ll change

So give us all your fa***ts, all your ni***rs and your s***ks
Give us all your mu***ms, the so-called ter****sts
We welcome them with open arms, put ‘em in our mix
We’re better off together, embrace our difference

Remember there is love!
Our words can stop their guns
Forget the rednecks
Living in the past
Were never going back now, we’ve reached critical mass

And so…
I’ll sing 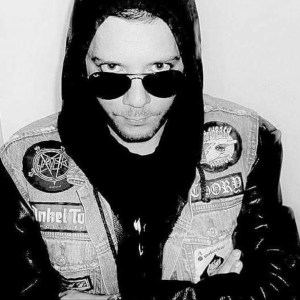